Do you believe in these Hulks causing mayhem and leaping across buildings? The Hollywood movies present the power of Hulk and this appears too fictional and tempting. However, regardless of the limitation of the real world, there are Hulks in real life proving you need not rip your pants to get this transformation. The power of Hulk may turn as a rage monster in the Hollywood movies to resolve anger management issues and also are sure to make your life hell. Here are some Hulks of real life: Dwayne Johnson is a charismatic and irresistible demeanour that you cannot afford to ignore him. He has toned physique and bulging biceps to behold and is not lesser to any Hulk. The Rock is the name earned by Dwayne Johnson in his WWE career as in the 1990s and 2000s he was a pro wrestler. He does signature moves a wrestling theme to be ingrained in the minds.

He presents an infectious personality right from his wrestling days and is unstoppable. He has iconic tattoos and The Rock actively participates in workouts and meal plans. He bagged a lot in acting career as Dwayne Johnson giving films such as Central Intelligence, The Fast and The Furious, Jumanji, and more. This big guy follows his dreams, learns from failures, and is progressing continuously.

Becca Swanson is also a real She-Hulk radiating her energy. Becca Swanson has set several records as an American power lifter. She is the alone women to squat 854 pounds, dedlift 683 pounds, and benchpress 600 pounds. Becca is really good in her game and has many unrivalled feats. She has a resume of bodybuilding, powerlifting, professional wrestling, and strong woman competitions and was known in the 90s and 2000s. Having a 5’10 height and over 242 pounds weight, the strength of Swanson and muscles may be mixed together. Bear in mind that you must not mess with her, she is the She-Hulk possessing the ability and physical prowess to remain unmatched in the competitive events and is the strongwoman winner and is the female hulk. 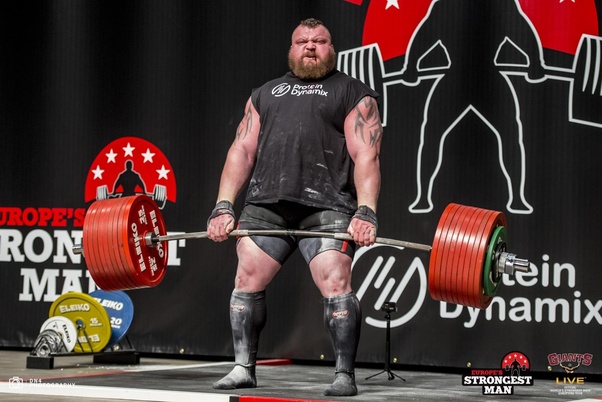 Edward Hall is an English pro lifter. Identical to Brian Shaw, this man another beast showing that he is the real life Hulk. He has acclaimed the Britain’s strongest man title crown. He has testosterone in lots flowing all through his body and lot of aggression, but actually in person he is a gentle giant. He follows a strict routine and feed copious food amounts, serving 10,000 calories a day. He used fuel to hone his body, train hard so that he remains as a strongman. Keeping with the tournaments nature, Hall reveals that strongmen have to tailor to each event and the man offers credit in the strongman competitions to his strength. He also emphasizes on the technique a lot more. He has lots of aspirations and wishes to try in Olympic weightlifting and bodybuilding. Hall wishes to reach a role model point so that children are inspired to take it as their dreams. He is inspirational and a real life Hulk.

When you hear the name Maisie Williams, the first thing that comes to mind is Arya Stark and the ...