A brain, an athlete, a princess, a basket case, and a criminal. Five students from different walks of life all convene at Shermer High School, Shermer, Illinois, for their Saturday detention. Bender is a delinquent with an abusive father, Andrew a state wrestling champion who can’t make his own choices, Brian is a nerd worried sick about bad grades, Claire is spoilt girl struggling to fit her own stereotype, and Allison is a reclusive liar.

Brought together by Assistant Principal Vernon, each of the kids is there for different reasons. Though they all attend the same school, they come from very different social circles, which leaves them with existing preconceptions about one another. Vernon forces them to stay seated in the library and complete an essay on who they think they are. Bender is not having any of it and spends much of the morning aggravating Vernon, and riling up the rest of the students.

The kids pass the time by smoking pot that Bender gets from his locker and opening up to one another. They decide to leave the library together and sneak around the school generally engaging in mischief. Friendships blossom, as well as the odd romance (Bender/Claire, Andrew/Allison), but the group fear the bonds won’t last past that day. Brian completes the essay for the group, telling Vernon that they shouldn’t need an essay as he has already made his mind up about them, and that spending time together changed their preconceptions of one another. The kids leave and go their separate ways, as a voiceover reveals the essay was signed ‘The Breakfast Club.’ 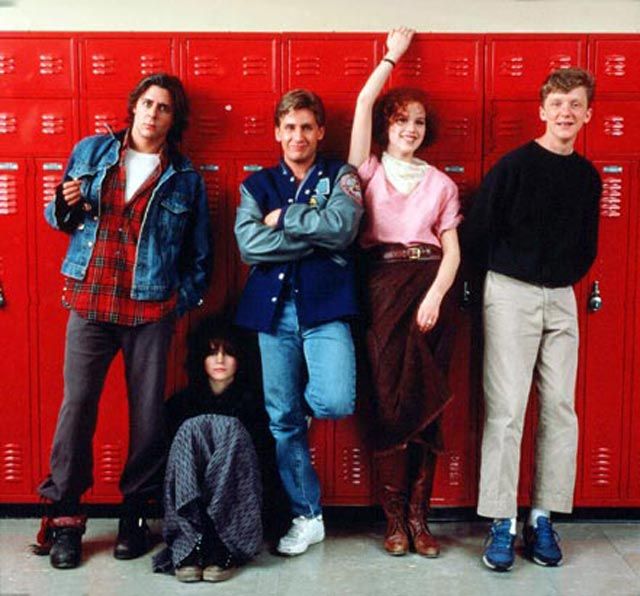 The Breakfast Club is a seminal ‘80s movie and a teen classic in so many ways. The movie is a warm, funny, and insightful look at the psyche of teenagers, and the soundtrack is pretty darn awesome as well! Penned and directed by legendary screenwriter John Hughes, the film set the benchmark for a slew of ‘80s teen comedies that would follow and is fondly remembered as one of Hughes’ best movies.

The reason the film works so well is that we can identify so much with the characters in it. The kids discover that they are not actually so different from one another after all, and neither are we. As they say in the movie, each of us is a little bit of an athlete, a princess, a criminal, a basket case, and a brain. It’s not our social status that should define us, but, instead, whether we are good people, and the way we treat one another. The film does such a good job of showing us the different stereotypes within a high school.

A classic coming of age story, The Breakfast Club plants itself firmly with Team Teen and ensures that the grown-ups are painted as the enemy. It’s the kind of movie all young people will relate to and has a timeless quality to it. All the cast are perfect in their roles, and the chemistry bubbling beneath the surface is a real delight. Paul Gleason excels as the detestable Vernon and Judd Nelson’s delinquent John Bender steals the show. This is the perfect ‘80s movie, with the ideal balance of humor and cheese, a poignant message, and a wicked soundtrack.

We are well aware of the movies inspired by books, comics, and novels. In fact, it’s quite common ...

The story of Brett Favre: career and family life

Brett Favre is one of the most recognizable football stars of the past 20 years. He grew up playing ...